Kerfuffight is finally here!
But now that it is, you might wonder; "What now?!"

That's a legitimate question and that's why I'm going to address it in today's dev blog! 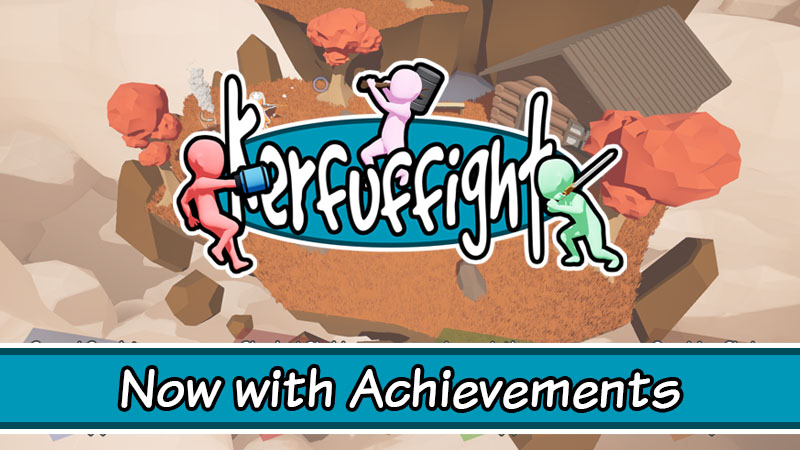 As some of you might have noticed, achievement support was added yesterday. That's my first step toward supporting Kerfuffight post-launch.

Now that the game is available to the public, it's easier for me to see what works with game and what doesn't. That said you can expect a balance patch to be coming soon (especially to tone down the AI opponents almost flawless way of playing!)

Besides that, I saw some requested features that were thought of but ultimately didn't make it in the final release. Some of those features might be added to the game, but before it's in the works, I can't confirm anything. Once it is, you can be sure I'll post about it on social media or in one of these dev blogs.

Also, did you know Kerfuffight was built entirely with Unreal 4's visual scripting tool "Blueprint". If some of you are interested, I could use the weekly dev blogs to showcase some of the game's scripts.

Have a great day!